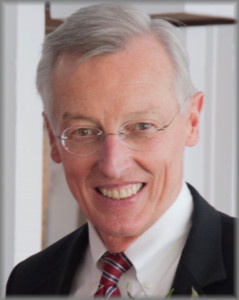 Founder and president of The Cornerstone Forum, Gil Bailie is a member of the Fellowship of Catholic Scholars, and the College of Fellows of the Dominican School of Philosophy & Theology, and a founding member of The Colloquium on Violence and Religion. For more than thirty years Gil worked with his friend and informal teacher, René Girard, whose work he explored in Violence Unveiled: Humanity at the Crossroads (1995), God’s Gamble: The Gravitational Power of Crucified Love, (2016), and in his forthcoming book, The Apocalypse of the Sovereign Self: Recovering the Christian Mystery of Personhood, (2023).

Alex Lessard studied theology with Don Briel at the University of St. Thomas (St. Paul, MN), who also introduced him to great Catholic literature, and with Fr. Matt Lamb at Boston College, who directed his thesis: Conversion & the Art of Reading: Dante vs. Augustine. He is an Adjunct Professor in the Institute for Catholic School Leadership (Saint Paul Seminary | University of St. Thomas), teaching the History, Philosophy & Mission of Catholic Education. Having helped found St. Monica Academy, an independent classical Catholic school in Pasadena in 2001, he and his wife, Angela, now support the renewal of Catholic Liberal Education and Culture through their nonprofit, Adeodatus. Alex serves on the Thomas Aquinas College Board of Regents and on the Board of The Newman Club of Los Angeles (a lay Catholic literary organization founded through the inspiration of Bishop George Montgomery on May 25, 1899 – less than a decade after Newman’s death – with an uninterrupted series of monthly meetings over the subsequent 123+ years). He is a perpetual member of the Fellowship of Catholic Scholars and a Knight of Columbus at St. Therese Carmelite Church in Alhambra, CA. Alex & Angela have nine wonderful children & five delightful grandchildren. 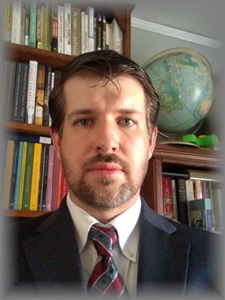 Rico McCahon is the database director for Sophia Institute Press. He came across René Girard’s work as an undergrad and has carried that interest through all his endeavors. His masters thesis at Dartmouth College was “Desiring Freedom: Isaiah Berlin’s liberty through the lens of Rene Girard’s mimetic theory”. He lives in New Hampshire with his wife Erin and their four children. 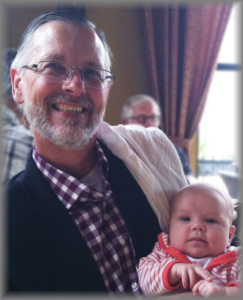 Randy Coleman-Riese eventually graduated from Stanford University with a degree in Classics. His undergraduate work included studying Koine Greek and Gnosticism under Robert Hamerton-Kelly, and a 1974 summer program exploring ancient Greek archeological sites. While supporting his wife in medical school he worked as an auto mechanic and service manager for Alfa Romeo & Maserati. Subsequently, he spent fifteen years as a househusband parenting three children and caretaker of elder family members; and then performing office manager duties at a medical practice before becoming the executive director of The Cornerstone Forum in 2002. Raised in a fundamentalist Baptist tradition Randy was propelled on a trajectory through evangelicalism and the Episcopal Church that ultimately brought him happily into communion with the Roman Catholic Church in 2006.