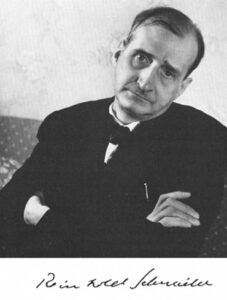 “Surely no worse fate can befall a people, and thereby the world, than the rule of a man who is secretly resolved to destroy himself, whether consciously or unconsciously. There is virtually nothing that can stop him from generating death. Those who meet him fall into his trap; those who celebrate him praise death without wanting to.”

Perhaps there is one fate that is worse: to have weapons of mass destruction in the hands of several such figures at the same time. It might well drop us to our knees, where we belong.