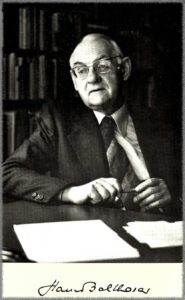 “There are still countries today where, even in the Catholic Church, the individual is in a situation reminiscent of that in which Kierkegaard found himself, in a national church that had fallen into liberalism: however willing the individual is to submit to the Church’s direction, he can no longer find a firm representative of ecclesiastical authority; as for having recourse to the Pope’s teaching, the latter may become almost inaudible and practically inaccessible. Those he finds around him acting the part of the ‘Church’ and of the ‘clergy’ are under more than just suspicion of having made a pact with anti-Christian power-structures; or, what comes to the same thing, though more covertly, they are subject to a system of terror within the Church herself that does not allow the bishops freedom to act responsibly as they see fit. Or alternatively – and again these features are related – they are caught in a net of ideological slogans that has entangled both the hierarchy and a large proportion of the Catholic people too (to say nothing of the intelligentsia).”