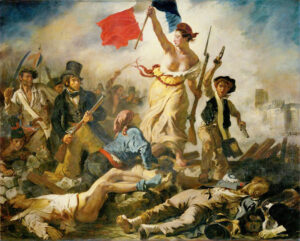 In a 2021 essay in Salvo Magazine, Robin Phillips wrote:

“From the French Revolution through to the various Communist revolutions of the twentieth century, a recurring feature has been the attempt to purify society from past traditions and to build a new society from scratch. Using oversimplified ideologies and sloganeering, these movements whipped up the masses into a frenzy, mobilizing them to the mission of overthrowing existing structures and canceling cultural memory.…Regardless of the specifics of their worldviews, fundamentalist movements all seek to cancel the past by erasing cultural memory and by attacking the forms and institutions through which that memory is carried.”